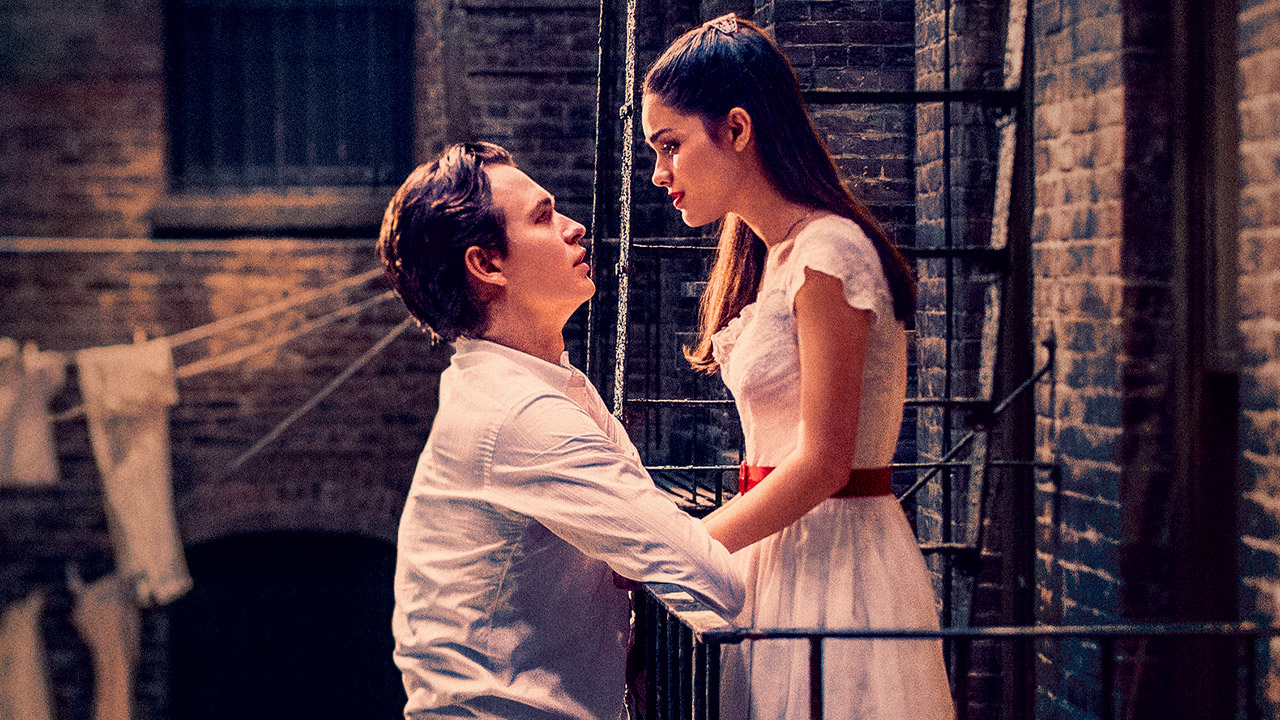 Like many, I still remember when this remake was announced. Mainly because I remember thinking, why, Steven Spielberg? Why do you feel the need to remake West Side Story (1961)? Why “waste” your talent on this? Anyway, I hoped for the best, as always. And then, the first reviews started to come out, saying it’s decent…? Imagine my confusion when I saw how well was this movie received. And not only by critics but also by the general audience? Then it earned seven (!) Oscar nominations, so I knew I had to see it sooner rather than later, and thanks to Disney+, I’ve managed to watch it before the Oscar ceremony. And that was my last surprise with this film, how much I enjoyed myself.

West Side Story is a classic for a reason. Based on the immortal Romeo & Juliet play, there is almost nothing new you can do with this story. Well, except a couple of things, like making sure all Latino characters are portrayed by Latino actors/performers (something that Spielberg insisted on) and shooting it as your life depended on it. A lesson learned, you should never underestimate someone like Steven Spielberg. As he cleverly utilises the skills he has picked over his long career and uses modern technology and approach, but at the same time, he is honouring the original. For example, it’s almost impossible not to notice how effectively Steven uses editing. Even the most challenging dance sequences are shot with minimum cuts. Because of that, you can see a lot of long, tracking shots. Why? If anybody can pull off this “magic”, it’s Steven, but I would argue it’s because that is how filmmakers used to make films “back in the day”. We often forget that because nowadays, we are used to quick edits; we no longer take that as something strange. But watch movies from the 60s or 70s and notice how often/little they cut. Because they want you to be in the story, the filmmakers wanted you to be involved, so them not cutting is almost them not wanting to give you a chance to “rest”. And this remake replicates this very well. Notice how many scenes go on for a couple of minutes, and they only cut when it’s absolutely needed.

It also (and this is only my guess) has something to do with actors and time constraints. Films are usually shot in under a month, often around 20-ish days and that, believe it or not, doesn’t give you plenty of time to experiment or “be fancy” with some longer shots. That’s why it’s easier to set up two cameras, where every line has its own cut. And not everybody is Spielberg, where he gets away with “doing it” the old fashioned way. But not because he refuses to change; it’s more about (in my opinion) honouring the original film. If you listen to him talk about it, it’s clear how much he loves the original West Side Story. And this is how he could justify making this remake by putting his visual twist on it. And in this feat, he succeeded.

West Side Story is a stunning film to watch. And not just because of the young and attractive cast. The movie simply looks gorgeous. And it’s not “just” because of those long shots; it’s more about Spielberg knowing how to shoot a scene dynamically. This whole film feels fun, dynamic and full of life. More importantly, it never bores you, which is saying something, given it’s over two and a half hours long! That’s another sign of a great film. When it ended, I started to think about whether it was too long. In about two seconds, I knew that it wasn’t because I couldn’t think of a sequence or a scene that felt out of place or something the film could do without (a scene, character). A great reminder that if you have an entertaining enough story that is you can tell engagingly, you can get away with longer runtime.

Let’s face it, as was the case with the original film, the highlights of this film are women. Whether it’s Rachel Zegler or Ariana DeBose, they light up every scene they are in (which is most), and both are incredible performers. I understand it’s a musical, meaning “some” overacting is allowed, so I won’t be too hard on Ansel Elgort as he was (surprisingly?) the weakest link here. He’s charismatic (even though what came out about him makes you question that charisma), and he can sing well enough, but especially in big, emotional scenes, he was “a bit” off. I find it interesting that in both the original and the remake, you don’t “remember” the guys (at least not the performances), and it’s the actresses who stick with you.

When I learned Spielberg was nominated for Best Director, it seemed weird. Almost like one of those “we can nominate Spielberg because he made a film this year, so why not?” nominations. But that was before I had seen this film. Because this is true “director’s film”. Everything from those long takes to how this film feels “alive” felt extraordinary. I was glad to see he wasn’t nominated “just” because of his name alone, but because he’s earned that nomination.

Overall, West Side Story is an outstanding achievement. The film is slightly over two and a half hours, but it never bored me. As with the original, it’s half musical, half movie, and it never felt out of place. The big musical numbers worked, and everything was crowned with Spielberg’s direction and performances by Zegler and DeBose. I honestly wouldn’t have predicted that I would enjoy this remake as much. If you loved the original and, like me, wondered whether we needed this remake, do check it out, as Spielberg gave me a pretty clear answer. That answer was “yes”, just so there is no confusion 🙂