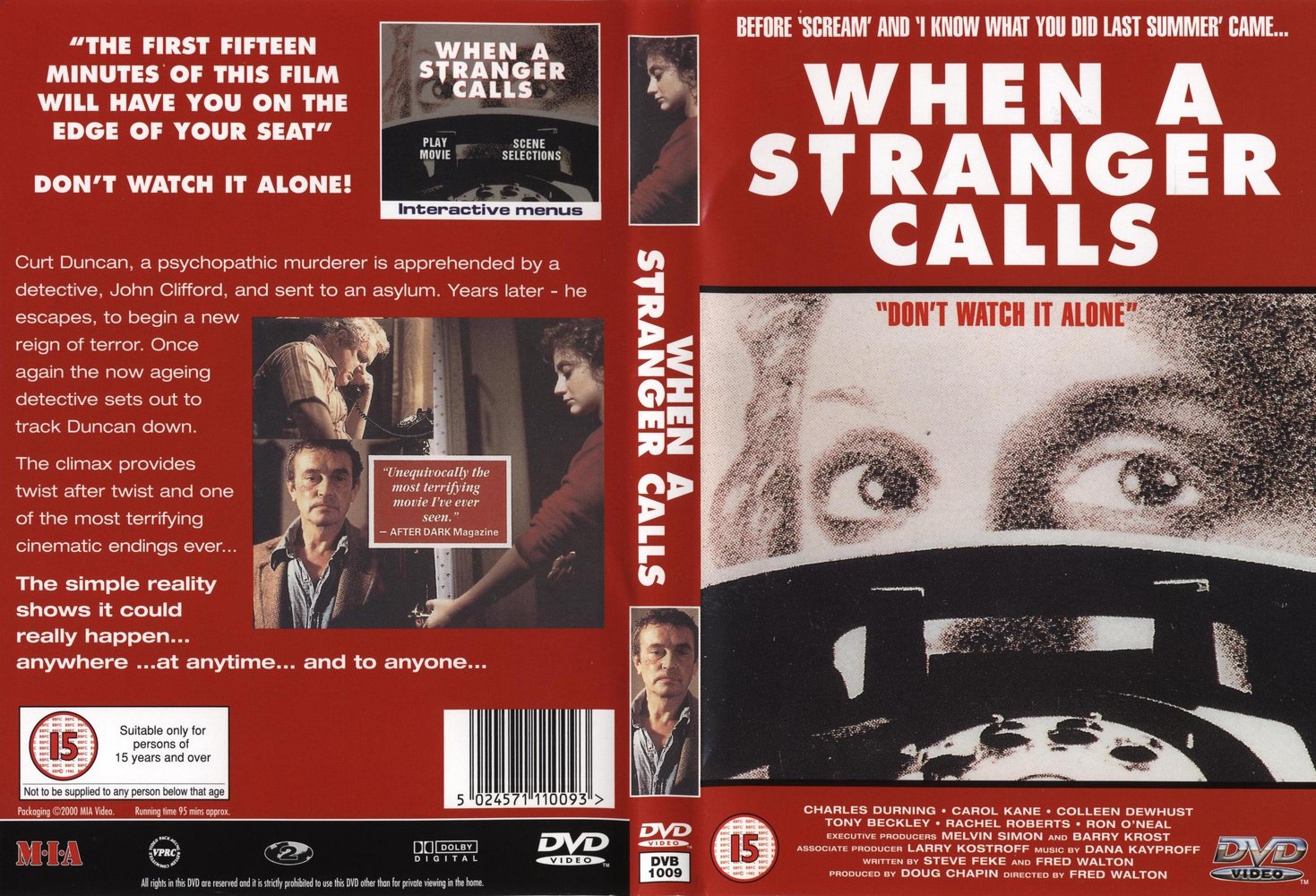 When a Stranger Calls is one of those films, where I have unintentionally seen the remake first (When a Stranger Calls (2006)) that was… pretty average movie with a great idea. And knowing what I know, I had an inkling, that the original should be much better film, so it’s been on my ever growing “to-watch-list”, that includes thousands of movies (yes, that list might just be an imaginary one, inside my head). Well finally, I have stumbled upon it recently, and I immediately pressed play, to see how much the remake took from the original, and whether the original was really that great. Turns out… the remake only took the concept and modernized it, and the original is just slightly better, but not miles better.

The first 15/20 minutes are almost perfect. The way this film builds up tension, the constant phone ringing (remember, this was long before caller IDs were a thing) and the ultimate “pay off” – I was hooked. But then, the movie makes a really interesting choice that just didn’t work for me. There is no way for me to talk about that without spoiling pretty much the entire thing, so that is what I am about to do. But before putting the spoiler tag on, let me just say that overall, I see what this film was going for, but I don’t think the idea worked. And in some way, I wish somebody took the best parts from both versions (this movie and the 2006 remake) and made them into a one, “ultimate” film, because I think both movies just scratched the surface of what could have been achieved. With that being said…

Let me make myself clear – the parts of the remake I really enjoyed was the idea that someone can trap you within a house, where they can see your every move and they always seem to be a few steps ahead. Not giving you plenty of outs. That is what I thought I am going to get here, that the entire film will be about the babysitter dealing with this weirdo on the phone. But no, that’s only the first 20 minutes, and then, we suddenly get to not only see the weirdo, but also get to know him. A lot. And not only that, there is a time jump and suddenly, right after the opening 20 minutes, we jump to “seven years later”. And you know when you get to know the “big bad” in movies, what motivated them to do what they’ve done, it usually makes them less scary? Unfortunately, this would be the prime example of that.

When the movie focused for most of it on the “stranger” and what makes him tick, tried to give us exposition about him, all tense atmosphere just went out of the window. And the time jump didn’t make sense to me. It almost felt like the people behind this movie weren’t too sure if they’d manage to make this film work within just one set/house, so they’ve decided to take the “easy” route and give us some backstory about him, just so we “re-unite” with the babysitter 7 seven years later, only this time, she herself has a babysitter…? Circle of life metaphor? Why? And for some reason, this guy is really fixated on her, even though we don’t know why.

That’s the thing that bothered me the most – if you stop your film dead in its tracks to give us the entire backstory of somebody, who kills two kids in the opening scene (and apparently, he didn’t need any tools, he just ripped them apart, so he must have superhuman strength) they didn’t really say or suggested why would he go back? Why was he so fixated on Carol Kane‘s character to come back and haunt her…? If there ever was an example of “having your cake and eating it too” in movies, this would be a perfect one, as we get this backstory, really “exciting” chase scene and yet, when comes to the movie’s finale, we are just supposed to accept he’s back, because we have seen her character in the beginning…? Honestly, the movie really falls apart for me in the middle.

Let me just say, even though it didn’t make sense to me (or to formulate myself better, wasn’t explained well) the last 20 minutes or so were really enjoyable and I wished the movie just picked a lane. It almost felt like someone directed the beginning of this film, got fired right after that, somebody else overtook the movie, but since they shot the “boring” parts, they also got fired, and the original person was re-hired to finish the film, hence the last 20 minutes we have a great tension again. This movie confuses me on so many levels.

Overall, When a Stranger Calls is a story of two films, actively battling each other. The first and last 20 minutes can be viewed on their own as sort of masterclasses on how to build up tension. How to do a lot with a little and I really liked that. Unfortunately, the middle part of the movie stops the film and any tension dead in its tracks. Which brings me to a strange position – the remake was quite an average film that was still watchable, the original has highs, but also lows, so it balances itself out. But I can’t say just because the original came first, it’s much better than the remake, as it is simply not. Don’t get me wrong, when this movie operates in its peak, it’s great. But that middle part just drags everything down. This might be one of the rare instances, where I would say if you liked this film, you might (to a certain extent) like the remake too. That doesn’t change the fact that both could be improved. If you think about it, most successful thriller/horror movies worked, because they made us afraid of everyday things (like Jaws (1975) made sharks scarier than they were, or Psycho (1960) made us afraid to take a shower). This concept (stranger won’t stop calling you and makes you isolated in a house, you don’t know) is a great one. But neither of those two movies explores it well enough.