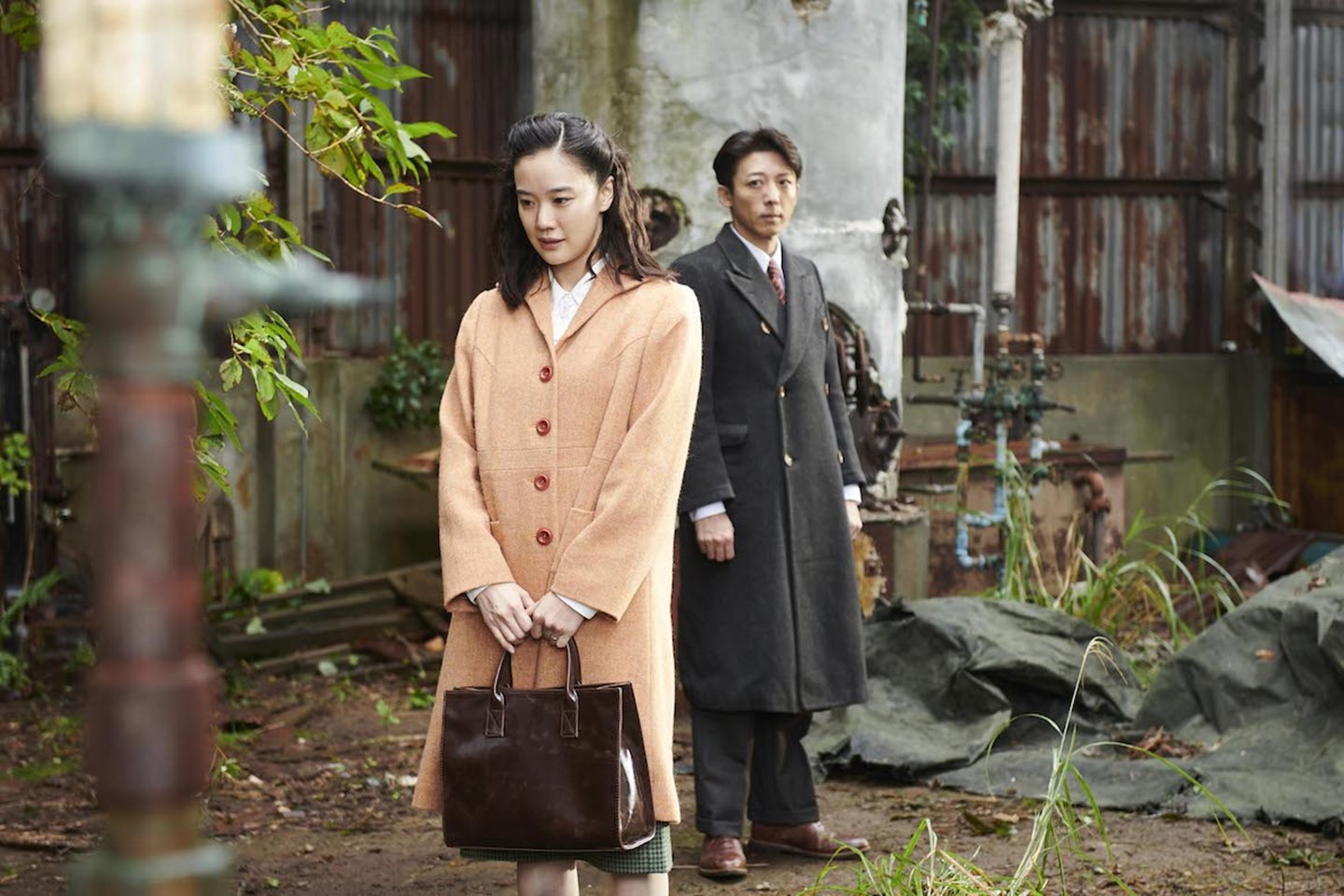 Wife of a Spy (in Japanese Supai no tsuma) is a film that is hard for me to review. Not because the story is confusing or the movie would be weird by any means, no. Everything in here is pretty straightforward, it is shot well, and the actors are also great. But the movie has a real issue with pacing and length. It’s almost two hours long, but truth be told, it felt like double that. And I don’t know if you can read it in my tone, not in a good way.

But everything about this film seemed so intriguing! Just see this summary below and tell me you wouldn’t want to watch this film right now:

A Japanese merchant who leaves his wife behind in order to travel to Manchuria, where he witnesses an act of barbarism. His subsequent actions cause misunderstanding, jealousy and legal problems for his wife.

IMDb.com (summary of Wife of a Spy)

And to tell you the truth, the story was compelling enough to watch, but… this might be that type of film which needs to be “dramatized” a bit more. And this film is uniquely Japanese, in a sense that it’s really quiet, really subtle, to its fault. I won’t pretend I am an expert on Japanese cinema or Asian cinema (or even cinema; after all, I am just a cinephile who loves movies no matter where they are from). And I have seen some Asian movies (Korean, Chinese, Japanese), and for the lack of better terms, they all can be divided into three groups for me:

And even though I always call for originality and not doing things “by the book”, this film could have definitely used somebody with a bit of outside perspective to improve it by cutting at least 15/20 minutes out. Because that is the crucial thing for me – I can see a great movie entangled in here. But unfortunately, the run time doesn’t do the film any justice. The more I think about it, the more I believe if somebody shortened it, it would not need any other pacing improvements, as it is a drama after all. And they tend to be on a slower side anyway.

Wife of a Spy is the movie equivalent of: “This whole meeting could have been an email!” Because at its current length, it absolutely doesn’t have the story to justify it. And that drags down the film altogether. Everything else about it is good. The cinematography is excellent; the soundtrack is nice and subtle, performances are brilliant. I am not kidding when I say I would have enjoyed this movie much more had it been shorter by 20 minutes or so. And judging by the IMDb rating (currently sitting at 6.5/10) and some reviews I quickly glimpsed over (I try not to read any reviews so I can form my thoughts about the particular film), I am not alone on this.

Overall, Wife of a Spy is a hard movie for me to recommend but at the same time criticise in any significant way. It’s frustrating when you can see precisely what this film could have been. What the director Kiyoshi Kurosawa (no relation to Akira) intended and how just because of the bloated run time, didn’t land. I understand Asian cinema is different and has its unique way of thinking about stories and pacing. I get that. But in this specific instance, even though I was on board with everything, I was still bored throughout the film because it was way too long. If you are more into Japanese movies and dramas, in particular, give Wife of a Spy a try and then come back and tell me why I was wrong. 🙂