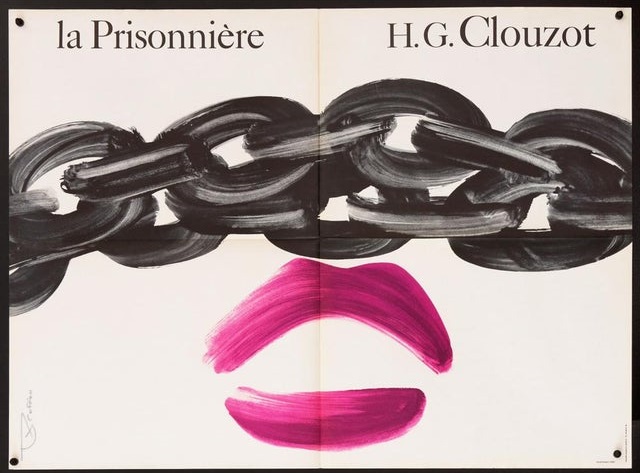 This is the perfect example of why I love old, foreign movies! As with most of them, I knew next to nothing about this movie before I watched it, and I was mesmerised. Woman in Chains is a great showcase on how to make “steamier” movie without going over the top with nudity.

The main story focuses on 3 very different people – Stanislas, Gilbert and Josée. Stanislas is the “main” figure, where he’s a mysterious artist, who is really into what he’s doing and (among other things) into domination, where he takes pictures of woman in (what would be back then) scandalous settings/poses. Gilbert is an artist who knows Stanislas, as they showcase their art in the same gallery. Josée is Gilbert’s wife, who ever since she meets Stanislas, is intrigued by him, ever so slowly, yet passionately. And that scares her. The movie explores their bond, and whatever is happening between them is getting stronger and stronger, where it effects Josée’s relationship with Gilbert.

I’m not going to further into details, but I will tell you this – the movie is not as shocking as it was in 1968, as everything about sex and this particular subculture (it’s not exactly BDSM, but it’s definitely on the verge of it, as it’s about dominance and submissiveness) have been demystified in media, from books to movies. This is what Fifty Shades of Grey (2015) should’ve aspired to be, as throughout the movie, Laurent Terzieff (Stanislas) oozes some sort of charm, mysteriousness and certain attraction, where you believe him to be THAT kind of artist, that would take those pictures and not only would enjoy controlling women, but the women would let him control them.

One of the main things this movie does well is the way it shoots certain scenes, mainly in the art gallery. The camera work could’ve just been simple pan and occasional zoom over the art pieces, but this movie puts you in the artist perspective, where some of those visuals are stunning, some of them make you feel you are on some sort of trip, but everything fits so well with the atmosphere of this movie. To me, it makes you think about the art pieces the same way the artists thought about them and that was definitely something you won’t see in every movie.

The main “selling” point of this movie is the relationship between Stanislas and Josée, where first, she doesn’t know what to think of him, as he talks and behaves like nobody she’s met before. She’s slightly scared of him, but there is a part of her that’s fascinated with him, so she keeps coming back, slowly realising he made her discover something about herself she might have not known otherwise. It’s always fascinating to see how “older” movies deal with topics like these, and yes, towards the end the movie is slightly driving the point to overdrive, but for the most part, I’d imagine the movie nailed how would that be, in late 60’s, suddenly discovering you enjoy something, that’s so shamed upon. Something that to a degree, disgusts you too, but you just can’t help yourself.

Woman in Chains is definitely an interesting study into some not-so-conventional people, and how they perceive everything, from the world around them, to intimacy, art… It’s also a movie, that can build sexual tension without any excessive amount of nudity, or being sleazy and that is the thing I was surprised with – how, even though it can be seen as a “dirty” movie, there isn’t that much nudity or sleaziness. Because the film is more interested in the characters and how they navigate relationships, art and everything, rather than trying to shock you.

Just a side note, if you were to watch this movie and the already mentioned Fifty Shades of Grey back to back, it’d strike you even more, how bad of a film it actually is, and they had the upper hand of coming out in 2015, exactly 47 years AFTER this film! Everything about that movie still puzzles me to this day…

This is the last movie of Henri-Georges Clouzot, so talk about going out on a high note. Just another side note, if you don’t know anything about this director, do yourself a favour and watch The Wages of Fear (1953) and Les Diaboliques (1955) (and of course, this movie too), to appreciate his legacy. All of those are great movies, especially The Wages of Fear will give you anxiety attack throughout the entire movie like no other.

That’s all for this one! Did you see it? What did you think about? Let me know!