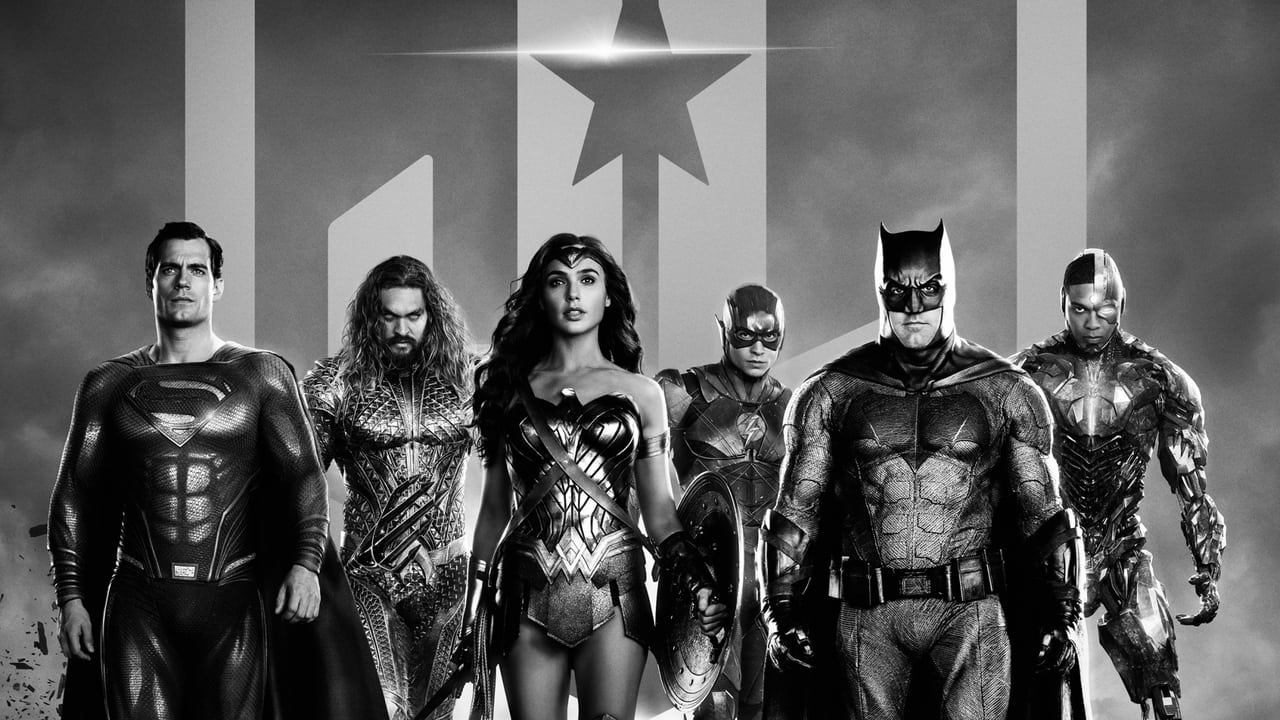 Oh boy, where to start with this one… Let’s take it from the beginning. I have seen the “original” Justice League (2017) and thought it was a pretty average film. I knew about the re-shoots that took place after Zack Snyder left due to his family tragedy. What I didn’t know, and nobody could at the time, was how much Joss Whedon left on the cutting room floor. That started the #ReleaseTheSnyderCut movement, which might have started with good intentions. But as with everything nowadays, it devolved into a mess, where people are afraid to say anything negative regarding Zack Snyder or this movie. I need to make something clear; as with any movement/fan base, call it whatever you want; there will always be minorities who will push everything too far. So, to make everything crystal clear, I am not saying everybody campaigning for this cut is a troll, but there is (what I would hope to be) a small minority of pretty loud trolls in this specific movement.

Let’s go back to this movie. The Snyder Cut for a while seemed to be this magical unicorn. Something, people almost wanted to exist because they were so disappointed with what we’ve gotten with Joss’ Justice League. And then, the man, the myth, the legend confirmed it himself – Zack said his cut exists. And that shifted this movement to new heights. They were larger than Mount Everest at that point. And this is where I have a tiny issue with the way this story goes – what we have gotten now, with Zack Snyder’s Justice League is his cut, no questions about that. But and this is the big point for me – this is NOT what we would have gotten, even if Snyder’s family tragedy didn’t happen. Had he stayed and finished the film, there was no way in hell studio would let him release an almost four-hour movie in a 4:3 ratio. But given everything that happened and the online support he managed to get from his loyal fans, the studio gave him money, freedom and he delivered… this. So, let’s talk about this without any baggage; let’s judge this film on its own merits, shall we?

Zack Snyder’s Justice League is a 100% better movie than the 2017 version. I can’t argue against that. Especially the Cyborg (Ray Fisher) character got more space. We saw what Joss left on the floor, and it made this character work better. And the final battle scene with all our heroes combined was also much better executed. But that is about it. And this is where we need to be objective – this was too bloated. There weren’t any reasons for this film to be almost four hours. Even when they (HBO) were planning to release this as a limited series, I had my doubts they had enough material, and sure enough, they didn’t.

Don’t get me wrong, they shot plenty of scenes, but editing is an art you only appreciate once it’s done badly. Or, like in this case, not at all, it seemed. I think Zack wanted to overcompensate for his fans and gave them literally everything he shot. It’s like he said to himself: “They want to see my version. They want to see what I shot. I will give them everything.” And as noble as it might sound (if this truly happened), it was 100% a wrong move. Because all this cut confirmed was just how much Snyder shot. Not that his film is much superior.

And yet, I believe we have a great film here. If somebody edited mainly the first two hours down and also worked on the end of this movie (that seemed to be going on forever!), into let’s say three hours, maybe slightly less, maybe slightly more, it might have been a great movie that would once and for all showcased, why you need to trust the process. Instead, once you finally finish this almost four-hour beast, you feel exhausted, but not in a good way. My initial thoughts were: “Sure, from what I remember about the previous Justice League, this was better, but was it really that much better?” Something in my head was contemplating why I couldn’t “push” myself to love this. And then it dawned on me – it is bloated. I have no issue spending a few hours watching a film or a great show. And it rarely feels like that if the show or a movie is brilliant. But with Zack Snyder’s Justice League, there are moments where you “feel” the length.

I hoped that in this version, they would (spoiler alert but not really) at least resurrect Superman earlier. But nope. As with the previous version, it takes way too much time to get him back. But I understand why, as this cut highlighted even more, how useless everybody else is, compared to him. Take the final fight against Steppenwolf; they all inflict some damage but struggle to do anything meaningful. Superman shows up and pretty much destroys him within five minutes…? That’s the paradox of Superman’s character in a nutshell – he’s all too powerful, there is no point for Justice League. Sure, some characters can go toe to toe with him, but let’s face it. Unless there is (his only weakness) Kryptonite involved, he will overpower anybody. In this cut, it was so painfully obvious he is “Justice League” of his own.

Also, the special effects/re-design of Steppenwolf were… ok? I know many fans were delighted with this change, how it looks so much better than the 2017 version and… does it? Yeah, he looked a bit shinier and “hornier” (not like that, you perverts, his armour had more horns/spikes), but was I so impressed by this change? Not really. The problem wasn’t (at least for me) the design of his character; it was more about his motivations. And in here, he is pretty much a slightly more powerful henchman for a boss he “video calls” way too often throughout the movie. I know why they have done it, trying to hype up his “boss” (Thanos style), but it didn’t work the way they intended.

I know this review might seem slightly more “all over the place”, and I think it’s because this whole thing (not just this cut) has been like that. Because of what the #ReleaseTheSnyderCut started, I am not sure; if I am on board with it. Am I happy that Zack Snyder managed to come back to something he had to quit because of an awful tragedy? Yes. Do I think it was necessary and might trigger countless other “#ReleaseThisCut” campaigns? Possibly, hell, we already have people calling for “the original” cut of Suicide Squad (2016) with #ReleaseTheAyerCut. But where do we draw the line? Instead of re-doing films that have already been done wouldn’t it be better to focus the money and the energy of those talented people behind those films on something new? Rather than going back? Because if Zack Snyder’s Justice League proved anything to me, was yeah, he had shot a different film. And yes, it is slightly better. But it still has its problems. Now, I, as a fan, have two choices.

I would rather choose option two. Listen, if you really enjoyed this film, I am happy for you. I honestly am. But would I prefer for the 40 million dollars they spent on “finishing” this cut to go to some smaller filmmaker for something new? Nowadays, you don’t even get anywhere near that amount for indie movies. And I know, this isn’t Zack’s fault, clearly. But all I am saying, the resources that went into this production could have given many filmmakers the much-needed resources for their smaller, not superhero-related, movies.

Overall, Zack Snyder’s Justice League is a complicated film for me. The story behind this film is a tragic one. And I rooted for Zack to deliver something that would be so much better than what we got in 2017. I rated that version 5/10 (or 2.5*). And this is a superior version, so my rating is higher. But would I recommend it? Even though it’s better, and it’s from a director I still like, I don’t know to be honest. If I were talking to a hardcore comic book fan, the answer would be yes; I would recommend them this film. But if they were more casual moviegoers, I don’t think I would. I don’t think there would be a point for your average movie-going audience to see this almost four beast, as they’d suffer through it. And that’s the ultimate paradox of this cut. After all this money spent, it might be the biggest blockbuster ever produced for a relatively tiny, niche group of fans. One thing you can’t deny though they are a loud and passionate bunch.