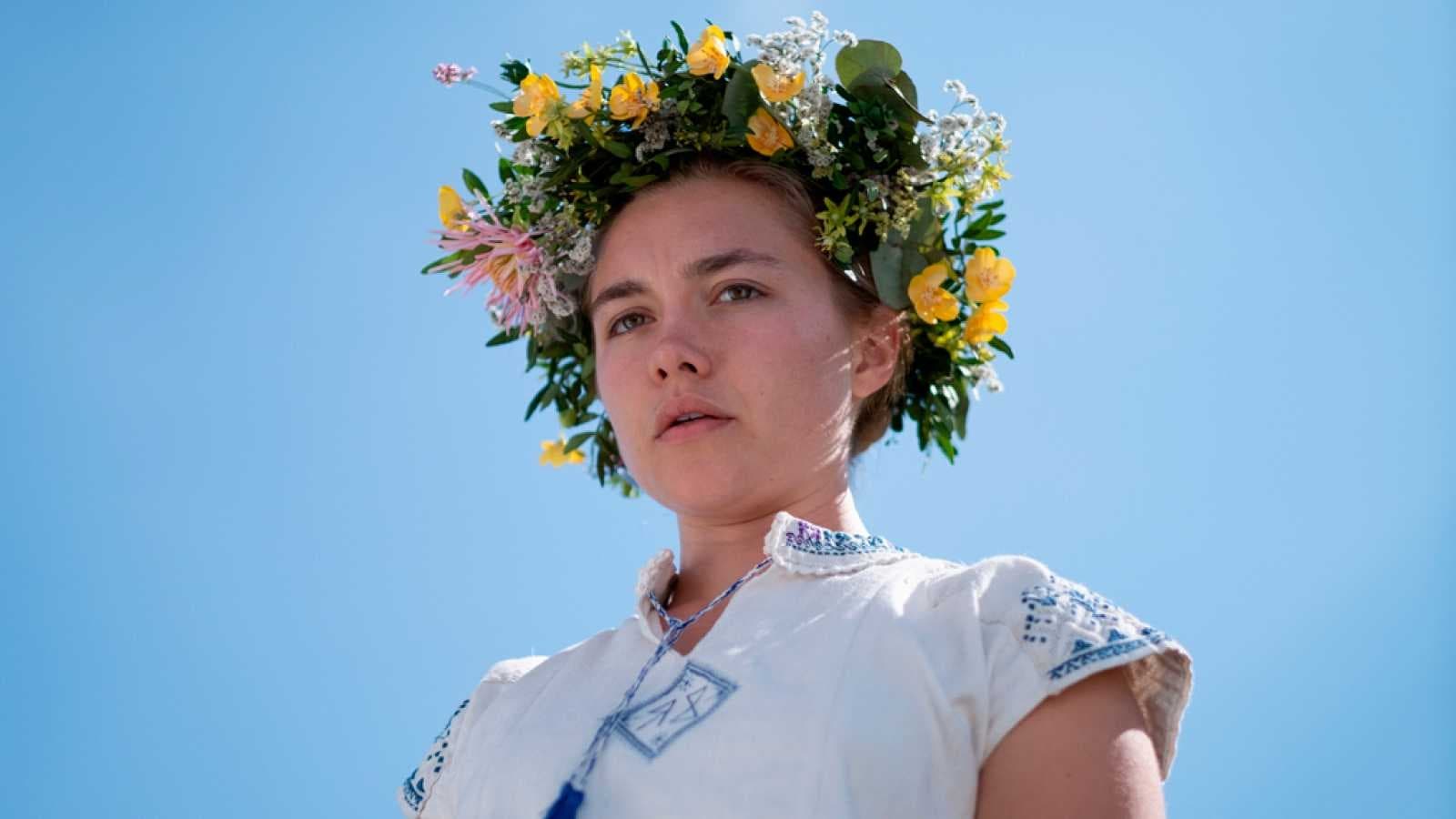 As with Ari Aster’s previous movie Hereditary (2018), Midsommar is… wild. And that is still underselling it. But unlike Hereditary, this is one of the rare horror/thriller films set (mostly) during the day in the light. And it doesn’t make it any less effective or creepy. Ari Aster has quickly become one of the directors to watch both of his films I really liked.

Midsommar is an acting vehicle for Florence Pugh. She’s had a few other movies in 2019 (when this movie also came out), so it’s hard to say this was the film that launched her into the stratosphere. But honestly, I wouldn’t be surprised as she is front and centre in this uneasy film and she needs to make some brave choices for her character as… it’s hard to describe her journey. Her character Dani starts the movie being almost a doormat due to a family catastrophe. That sequence, by the way, was the reason Ari Aster is somebody to watch out for – from the first moment he sets up the tension, and you know something is wrong. And he starts to slowly reveal just how much everything is way worse than you thought. And this defines Florence’s entire character for most of this film. She needs to deal with a lot; she’s trying to do her best and could really do with a pleasant Swedish holiday without getting tangled up with a local pagan cult, you know?

I think this film works mainly due to Ari Aster’s mind. Not to discount the performances by all our main actors, but here’s the thing. While watching Midsommar, he drops many hints throughout the film, and you know they will matter. A lingering shot here on the ominous-looking wooden hut that’s “off-limits” a glance at a disfigured member of the cult there, and we all know something is going down. But with Ari, it’s truly not about the destination; it’s all about the journey and how he gets you there. His tension building is off the scale. I have been thinking about this film for a while now, and that’s when it hit me. He isn’t “reinventing the wheel”; he’s thinking about the wheel in his way. We’ve seen thousands of “there is something wrong with these people” films, and let’s face it, some of them are not great. That’s because those films focus on the “weirdness” too much. But Ari almost embraces it. You never feel like he’s judging these people (even though they should be judged); this film almost feels like a documentary feature. But without the complete detachment from the people of this community, that wouldn’t have worked either.

The main thing I also appreciate in both Midsommar and Hereditary is how sparingly he uses jump scares. Both films have some, but they are justified, and they aren’t your conventional jump scares. And that’s due to the simple fact that he knows how to get you. Ari Aster knows that often we aren’t terrified of the dark rather than what is lurking in there. And if we are scared of that, it would be terrifying even in the daylight. You just need to spend some time building the uneasy atmosphere, where you can cut the tension with a butter knife. And have all your protagonist sitting on the metaphorical powder keg full of dynamite, while in the distance, we can see a faint figure approaching with a lighter.

The other thing that made this film memorable – the horror/cult stuff is almost a B plot because the movie is all about toxic relationships. Whether it’s our main duo that shouldn’t be together or the toxicity of cults and how you can justify anything, as long as you have somebody around you who will agree and support you, but it’s not just about that, the movie is about many other things. I think Midsommar is definitely one of those “the more you watch it, the more you can read into it” kind of movies. The only question is, would you want to watch this multiple times…?

My only thing about this film and why I am not giving it the absolute rating was simple – towards the end, I felt so overwhelmed by the runtime (2 hours 28 minutes) and thought the length wasn’t justified. The film did drag at times, albeit slightly, and that’d take me out of this otherwise masterfully built atmosphere. I think you could have easily lost around 10/15 minutes and still have the same impact, and the film wouldn’t have suffered, on the contrary.

Overall, Midsommar is a film that it’s hard to watch. It deals with many heavy/uncomfortable topics set against uncomfortably sunny Sweden. It’s a unique experience where I almost guarantee you that you won’t see many movies like this (at least not mainstream ones). It’s also a great “Hey world; here I am” acting vehicle for Florence Pugh. If you haven’t seen her anywhere but MCU and want to know why she will be one to look out for in the future, watch this film, and you will see her immense talent on full display. This role was risky and could have easily gone wrong, but Florence said no and delivered one hell of a performance. Even if you don’t like creepy horror films, this film is worth watching for Florence’s performance alone.