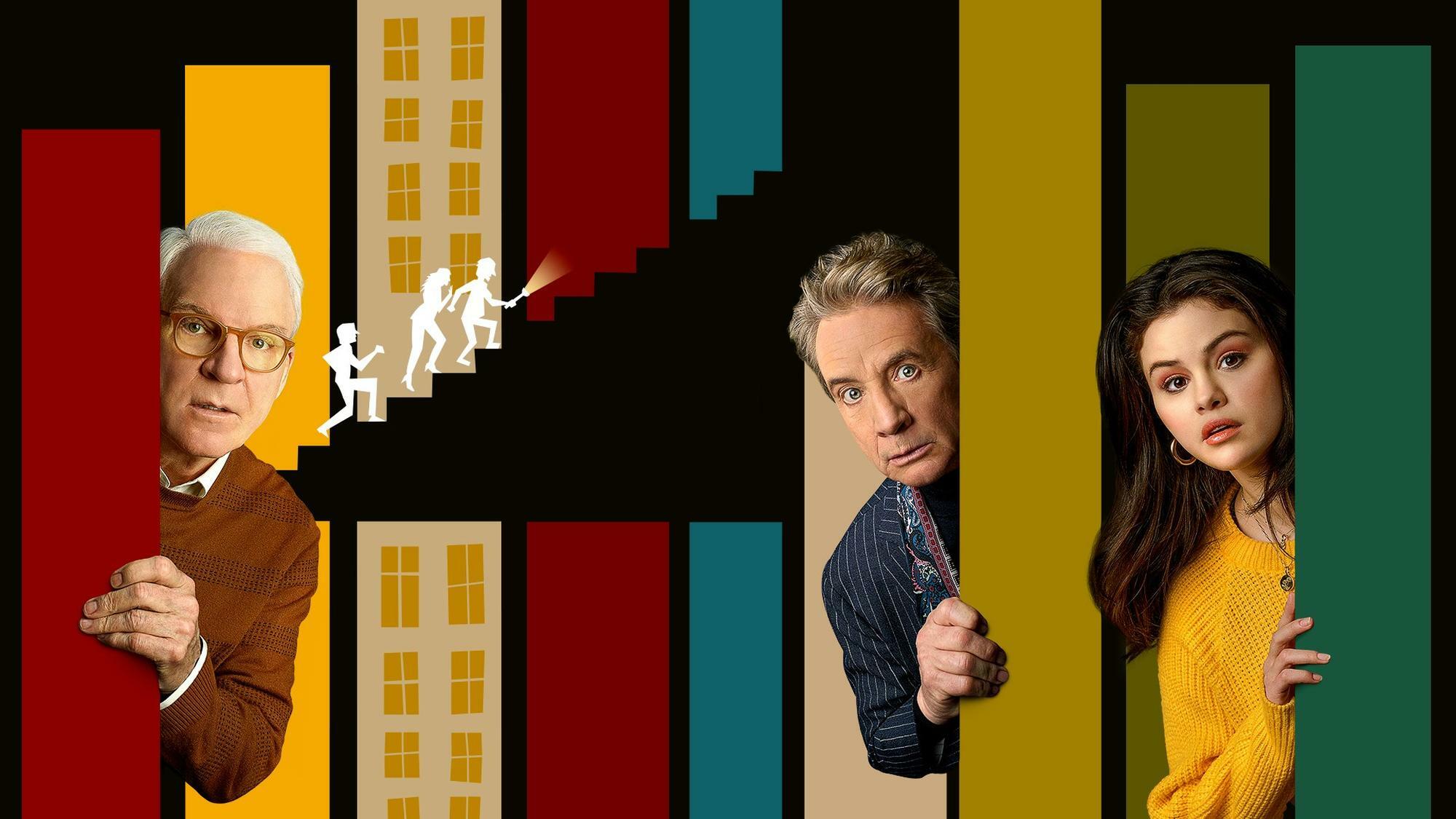 I would love to know how the creators of Only Murders in the Building pitched this show. Because every time I tell someone to watch it and name the brilliant leading trio of actors (Steve Martin, Martin Short and Selena Gomez), most of the time they’d look at me weirdly. As obviously, one name in here is not like the others. And that is the exact reason this show works so well.

Only Murders in the Building gets you from the very first episode. It hooks you in with a chill vibe, colourful characters, and you stay for the mystery element that is done very well. It also mixes and blends genres flawlessly – everything from comedy, crime, drama; this show has it all. And it’s not afraid to take some risks (for example, the episode from the perspective of an actual deaf actor (James Caverly) was the highlight of this show for me) while still maintaining your attention and not “stopping” the main storyline.

That was something shows like these sometimes struggle with – they take risks and focus on a plethora of characters, so you’d get episodes centring on that new storyline altogether. And that is great for getting to know that particular character better, sure. But often, it’s done to the disadvantage of the “main” storyline that gets stuck for that episode or adds very little to it. For example – this show reminded me in many ways of Desperate Housewives (2004 – 2012). One of only two shows I have started and never finished. Because it wasn’t worth it for me, as the storylines fell into this trap – too many characters were given a lot of time/space, and the main story (or mystery) wouldn’t sometimes exist. I know a part of the reason for that was the “network construct”. They had to fill a “TV year” (10 months); they had to have at least 22/24 episodes a season so you would get these episodes.

And this is where Only Murders in the Building takes this concept (even though it’s an entirely different premise, but the vibe is the same) and makes it work brilliantly for today’s streaming audience, where there are no rules. Want to have a show with only six episodes? Or ten? Sure, go ahead; we won’t stop you. That is why any show nowadays can take much larger risks and still make it work for the overall story. When you have a storyline with a beginning, middle and end, and you don’t have to worry about spreading it thinly across 22/24 episodes, your show tends to become much more focused.

I’ve mentioned them at the start, so now, let’s talk about the casting and mainly our three titular characters. I haven’t seen Steve Martin in a while, so it was great seeing him in something new, showcasing he is still funny. I won’t spoil anything, but in the last episode of this show, there is a scene that had me almost dying involving his character being inspirational, let’s say. Also, is it just me, or does he look the same age for the last 30 years? Martin Short surprised me, as I have only known him for his “out there” comedic performances, where he didn’t get to showcase his other, more dramatic side. In this show, he starts like this too, but you quickly discover that every character isn’t just one thing. And scenes with him and his family were great. He undeniably nailed his performance too. And Selena Gomez is not only stunning but is turning out to be a great actress too! Believe it or not, I have not seen her in many things. I can only imagine how challenging this must have been for her – not only because her character is the glue that holds this show together, but to “step up” on the level of two comedy legends… I don’t know about her, but if somebody told me I need to act (and be funny) opposite Steve Martin and Martin Short, I would have been nervous… for the first five seconds. Then, once my brain would process it fully, I would be downright terrified. But not her, Selena came, was funny and conquered.

And to a certain degree, you could argue she is the main reason this show works as well. Without her, it would just be two old guys running around. She is not only decreasing the average age of this show (significantly), but she “gels” with both of her co-stars so well, it almost seems obvious this combination would work. But here’s the thing – it wasn’t obvious. I think this show took a risk that paid off massively, and the main stars clicked almost effortlessly.

One thing I need to mention is the self-referential nature of this show, its meta-ness. As they record their podcast about a murder that happened, they often discuss that episode’s twists and turns inside of it, as if our protagonists were talking about the episode they are in right now. But that’s because they are. I loved this effective fourth-wall break and how every episode starts with a “cold open”, then credits and then a podcast player. That not only indicates the length of each episode you are watching but shows you how much time has passed since the episode started. And it’s these tiny touches that make this show stand out.

What I will write next might shock you, given how positive I have been until now. I honestly hope there won’t be too many seasons. I know season two has been approved already, and I can’t wait to see it. But I truly feel this concept “we only investigate murders that happen in our building” can’t be stretched (at least sensibly) too far. I would hope that we would get solid three, maybe four seasons maximum. Because I don’t think you can fully replicate this almost lighting in a bottle feel. Precisely the same issue that happened to Desperate Housewives – each season felt the same, even though the mystery was different. And at a certain point, there is only so much you can do with a show like this. But that’s a concern for the future. For now, I have enjoyed Only Murders in the Building and can’t wait for the next season.

Overall, Only Murders in the Building felt like a breath of fresh air. In today’s day and age, where shows are either too dramatic, there is no joy, or too comedic where there are no stakes or character development, comes this “little” (at least in scope), show that mixes several genres and does it well. The central trio should not work as well, and yet, somehow, it does, and it’s a joy to watch them act opposite each other. And the meta-ness of this is just a cherry on top of a pretty sweet cake. Is that the best TV show that’s currently on? Probably not. But it’s certainly up there, and it shows some promise for the future. The future, I hope, will be on the shorter side, as I would hate to see this show overstay its welcome.