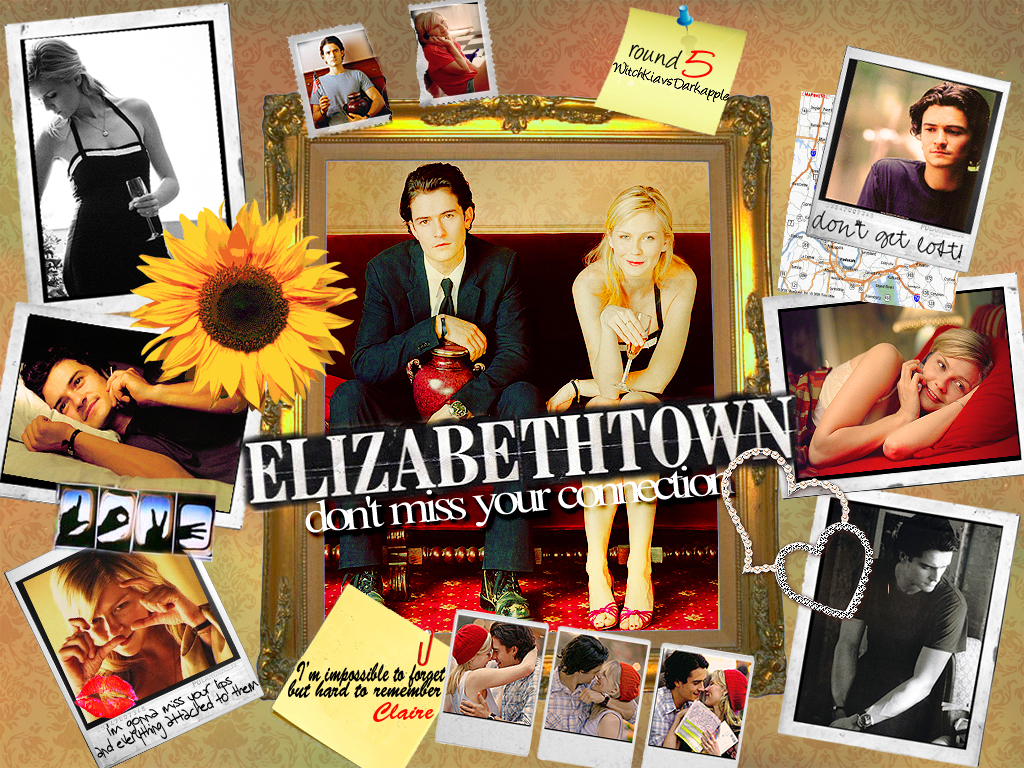 Elizabethtown is a strange movie. It’s almost 2 hours long, it’s directed by Cameron Crowe, so you know he was trying for something more, it’s got really decent cast and Crowe’s signature, great music selection.

If I was to rate this movie based on the soundtrack alone, it’d have been almost a perfect movie, there is and never was a question about Crowe’s music taste. But overall I’ve expected more.

First let me start with the cast – some of the biggest names are here, Orlando Bloom did a decent job, Kirsten Dunst did well with what she was “allowed” to do (because of the trivia section on IMDb I’ve learned this performance coined the term “The Manic Pixie Dream Girl” and honestly yeah, can see why) as she doesn’t really have an agenda of her own, except her mysterious boyfriend “Ben” who I believe never existed, as that was just Crowe’s justification of her having some “character”. If it wasn’t for the funeral scene, Susan Sarandon would have been wasted in this movie too, but at least she had that (and it was highlight of this movie).

Bit of a side rant, as this is not just Elizabethtown‘s issue, but Jesus-jumping-Christ, give Judy Greer something to do in movies! I always thought she’s seriously underutilized in almost any major movie, and even in this one she doesn’t really contribute to much. Honestly, if her character was cut from the movie, it would literally not change the movie at all.

The main issue I have this with movie as some of the “feel-good” moments felt cheap/fake. I don’t know why, but there was something about the majority of the movie where I knew how was I supposed to be feeling, but I never “gave in” as something felt off. Maybe it was the screenplay, maybe lack of character development, maybe slightly more interesting story…?

As I’ve mentioned before, the emotional highlight of this film was the funeral scene, where Susan takes the microphone and starts talking about her deceased husband. Don’t want to spoil anything further, but the entirety of the scene was one of the few ones that felt real.

The rest of it is as average as it gets. And that’s why I believe it’s eventually a failure, as a movie with that kind of “pedigree” should’ve been better than just an average movie with one really great scene. Specially given the fact the whole movie is about how you should shoot for the stars, no matter how spectacularly you might fail, and even if you fail, deal with it and try again (which is a great message). Shame the movie didn’t listen to itself.

That’s all for this film. What did you think, did you like it, or will you avoid visiting Elizabethtown? Let me know!