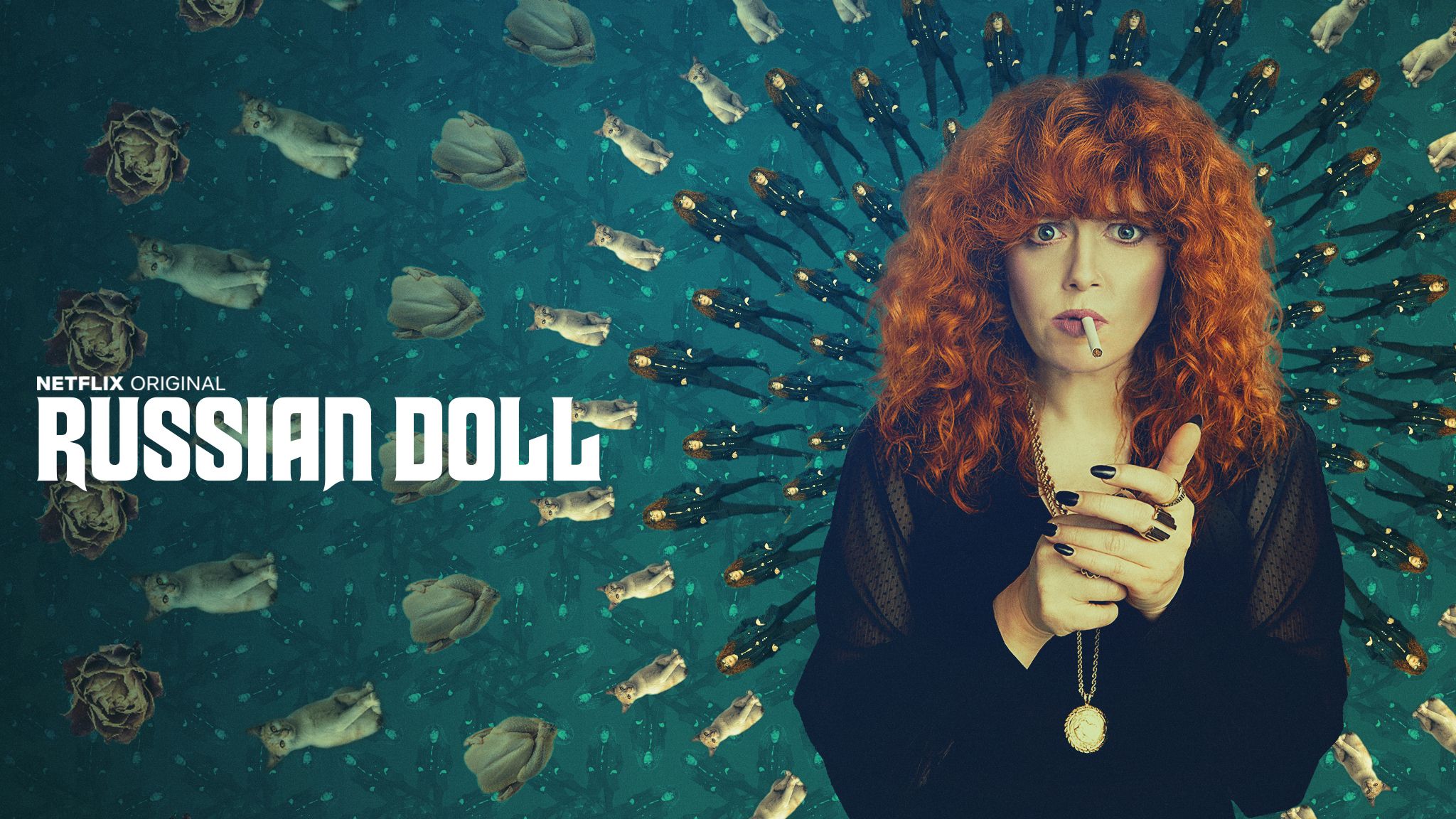 Russian Doll is one of those shows I’ve heard a lot about ever since it came out. And given the fact I love Natasha Lyonne, who is not only the main star but also one of the creative brains behind this show (alongside Leslye Headland and Amy Poehler! Yes, the Amy Poehler!) I knew it wouldn’t be long before I would get this show a chance and watch it. Finally, the day came, and I thought it was… pretty decent?

I think my main issue with the Russian Doll might have been me. I had high hopes/expectations for this show, and the more I think about it, the more I feel it was almost impossible for the show to deliver. Also, one other reason, I was slightly disappointed with season one – IMDb sometimes sucks. Let me explain – after finishing Schitt’s Creek (2015 – 2020, my review here) and falling in love with Annie Murphy, I wanted to see more of her. And what do you get when you go to her profile on IMDb? That she’s in Russian Doll, and not only that, she was listed as one of the three leading stars on the main page of this show! Imagine my disappointment when I’ve learned that she would be there only from the second season! Look, I get it part of it was my fault – I didn’t scroll down far enough to notice her name is only there from this year (2022), meaning she’s joining the show in the second season. But my point still stands – a person shouldn’t be listed among the show’s top three stars if the season they appear in hasn’t aired yet!

Anyway, let’s get to the show. I loved that we deal with Edge of Tomorrow (2014, my review here) type of time loop rather than Groundhog Day (1993) type of show. Where you can actually go beyond a day or even further, but if you die, you go back to one singular moment in time. But this show put a twist on that too. Every time it resets, things around Natasha change. Whether it’s the plants dying, fish disappearing, to eventually people missing from her birthday party that was once full, you will be intrigued. You will develop some theories about what is happening and why until eventually; the show will try to (kind of?) explain what is happening. Except I am not sure whether I got it all properly.

But I will tell you what, it didn’t bother me one bit that I didn’t get it 100% or that the show might not have cleared some things. The way I see it, season one is a jumping-off platform for what is coming next. That is one thing the creators did well; they set up everything perfectly, from the characters on the show to making New York an additional character rather than a place. Russian Doll feels uniquely New York-ish, and that’s not something shows tend to do as much anymore. I don’t know how to describe it well enough. Maybe I will simply say this – I can’t imagine this show set anywhere else. I’ve always loved when shows would do that, the setting of the show wouldn’t just be a place, a city or whatever, but it would become a vital part of the show. And late-night New York feels like an additional character that adds something extra to this show.

Speaking of characters, I thought Natasha was the perfect lead for this show. I like her “schtick”, where her character felt relatable, funny, and it never felt too forced, pretentious or boring. And since around 80% of this show is solely focused on her, you better nail it, and she has. Bravo. I did like Charlie Barnett in his role, and I wonder what is the plan for him in the upcoming season. And I liked how Dascha Polanco had a small part in here too. It’s nice to see they seemed to be friends after Orange Is the New Black (2013 – 2019) ended. But to be perfectly honest, I can’t say much more about other characters or actors as most of our time has been spent on Natasha’s character. It’s understandable as it’s her alone who is going through this (or is it…? :-)) so it would be mainly focused on her character preliminarily. But I would hope this would be one thing this show can improve upon in the upcoming season two – introduce and delve deeper into some other characters. Maybe Annie Murphy…?

To be honest with you, I don’t think it matters what I think of Russian Doll now, after only one season. Because I believe this will be one of those shows that we can fully judge and appreciate once everything is done and wrapped up. And from what we know, this has been pitched as a three-season show. So I am hopeful they have a plan where this will go, and this was merely the starter, the taste of what’s to come, and we have the best in front of us.

Overall, Russian Doll is a show that’s not an easy watch. Because it not only requires your patience, before the show gets going but also your active participation, you heard me correctly. You shouldn’t be on your phone while watching Russian Doll, as the show is full of (visual) details that can enhance your viewing experience if you catch them. For my money, the first season was pretty good. I was ready to love this show because of everything that has going for it (the subject and Natasha), and I ended up “just” liking it so far. But I believe there is a promise for the next two seasons, and here’s hoping they do have a plan, how to wrap everything up, explain why this is happening to her (and possibly others). I can’t wait for the second season.