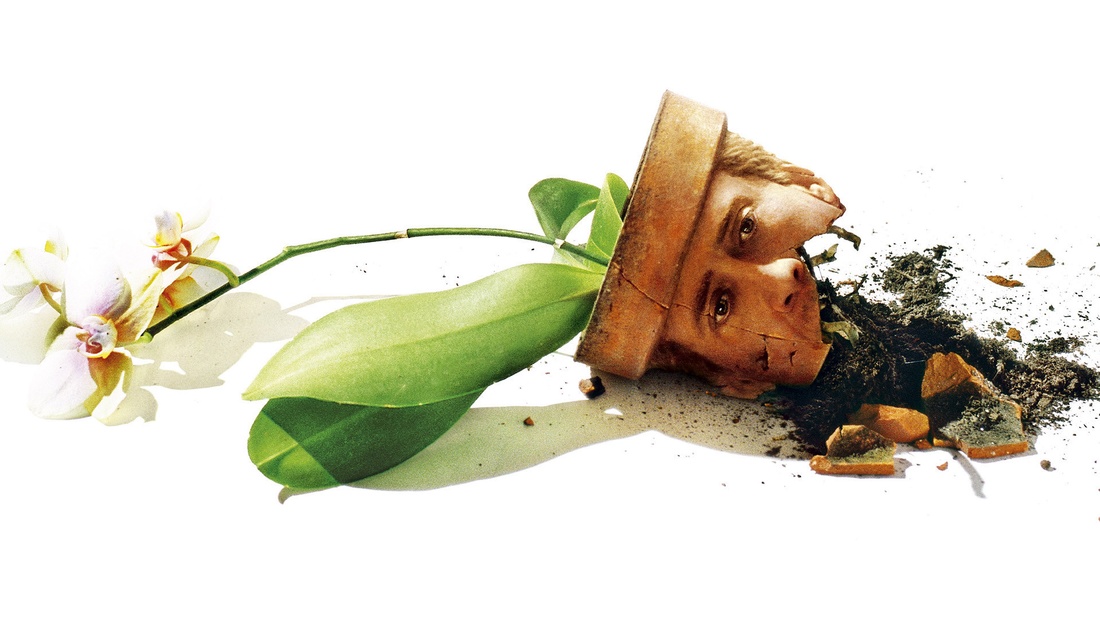 If you don’t know who Charlie Kaufman is and Adaptation. is the first movie of his that you watch, I do pity you a bit, as this movie might be too much. Writer is asked to write a screenplay about flowers, that has no story, so he inserts himself into it, so the movie is about him, writing (or struggling to write) a screenplay about what he’s supposed to write about. If that doesn’t make your head spin, this movie might just be for you!

Going through Kaufman’s filmography, I have discovered that by pure accident, I have watched most of the movies he’s written. And this definitely helped me understand this film way better, as he’s got his unique style of meta-ness, that plenty tried to copy, but only few have (somehow) succeeded. His commentary on life, art, the process of writing/creating something that’s going nowhere, the self-loathing, the pain… Love him or hate him, you will always know you are watching a movie he’s written. No matter who directs the movie, his personality, his words, uniqueness, shine through anything. I can only think of one other writer, who is as noticeable as him, no matter who’s behind the camera – Aaron Sorkin. Very different writer, very different style of writing, and yet, the very same when comes to leaving you with no doubts about whose movie you are watching.

What I really loved about this film are all the performances – Meryl Streep, Chris Cooper and Nicolas Cage all took huge chances, especially Meryl’s performance is something I don’t think I have seen her do before or since. I don’t know whether it is Kaufman’s script, or Spike Jonze‘s direction, but this could have gone south so easily, as it is so over the top when comes to being meta, the performances, the story, and yet, it never goes over the top. It tip toes on the thinnest edge of being crazy and genius and that describes this movie in a nutshell.

Unfortunately, this is one of the last truly great performances by Nic Cage, as his energy fits this movie perfectly, but he needs a strong enough script, director or both, to help him channel the “Nic Cageness” in his other, newer movies and they don’t. It is a shame, that Cage is now more known for being kind of a joke, as he is kind of Kaufman himself – manic, really unconventional, and always on the edge of being crazy and genius. I don’t know whether Kaufman has somebody in his life who keeps him grounded, so he never goes over the edge, but Cage does need something or somebody like that, that would help him channel the talent he’s got, say yes to better movies and he could have the same comeback as Keanu Reeves had with John Wick movies. Adaptation. reminded me that if used properly, Cage can be great, not just a joke, or a meme.

This movie is definitely not for everybody. But somehow, it’s one of Kaufman’s more approachable movies (I still need to re-watch Synecdoche, New York (2008) as I have only seen it once, about 12 years ago and I remember liking it, even though it hurt my brain) as when you strip it down, it’s not that hard to understand. Is it manic, crazy, mad movie about a writer, who inserts himself into a story, where you get to see Nic Cage playing (basically) himself twice? Yes. But is it also a movie, that displays the creative process with all its suffering, doubts, self-loathing and showcases Meryl Streep as you haven’t seen her before? Also yes. I do need another re-watch for a full rating, but I was extremely close, as you won’t find more original film in mainstream Hollywood.