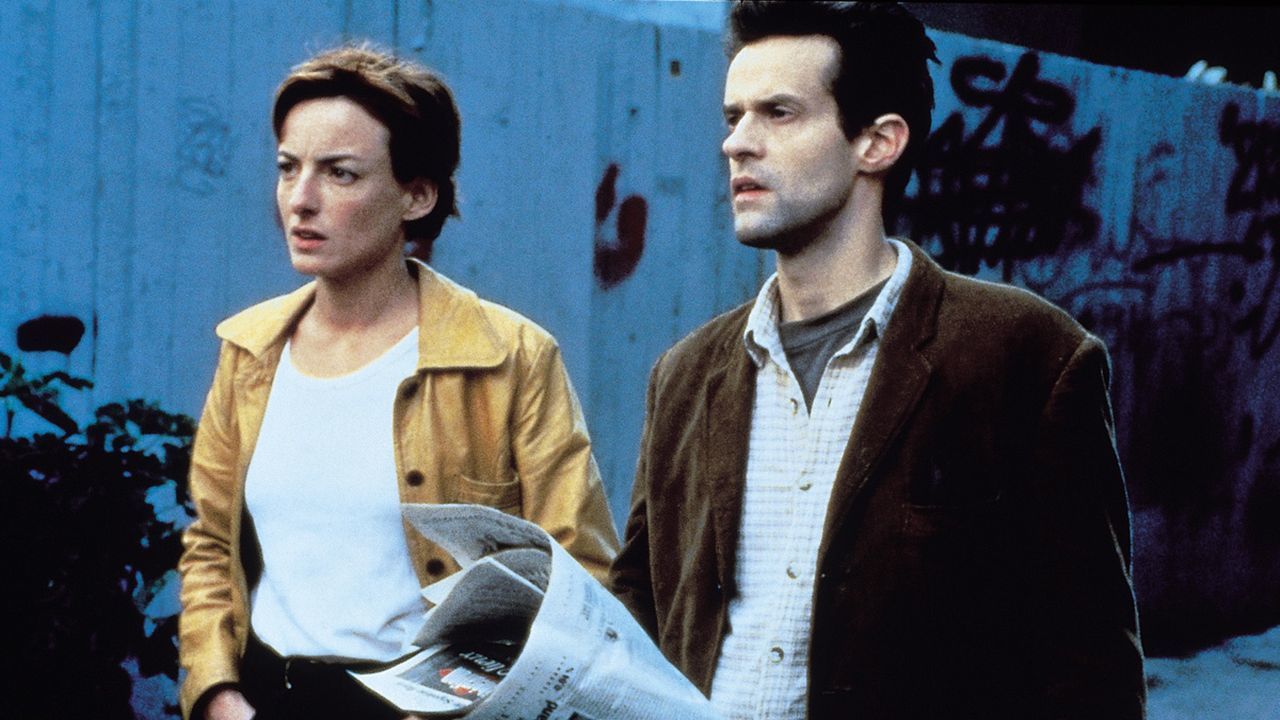 I am not going to lie, yesterday I had no idea this movie existed or what was it about. But, as soon as I saw the name Denis Villeneuve, I knew I needed to watch this (without even knowing this is his feature movie debut!) just to see how the director behind movies like Prisoners (2013), Arrival (2016) or Blade Runner 2049 (2017) started his journey. And August 32nd on Earth is a really tiny movie, that’s definitely slow, yet beautiful.

This movie is 100% as indie as it gets. You can tell there was little to no budget, and yet, this movie looks stunning. What I like about directors like Denis is even though he dips in different genres and no two movies of his feel the same, he’s got his style, his own almost “feel”. The same way you can tell when you are watching a Spielberg movie, or a Scorsese movie, I can always tell I am watching a Villeneuve movie, as no matter what’s happening on screen, it’s shot beautifully, yet with certain distance. I always thought he’s a really subtle filmmaker, whose movies are stunning “almost by accident”, where the way his film are shot doesn’t feel “flashy” or in you face. I really, really like his aesthetics.

August 32nd on Earth is a strange movie, where “almost nothing happens”, but at the same time, a lot happens. To me, I was slightly confused when the movie was over, as I was expecting a little more from the ending, but the more I thought about it afterwards, the more I understood nothing was missing. Because the story is about second chances, life and death and how circumstances beyond our control (such as car accident) may shape our life.

What I was also struck by was the fact you can’t really fit this movie into one genre/category. The first 10 minutes reminded me a lot of Mulholland Dr. (2001), which is one of my favourite movies of all time, as we have a car accident, possible memory loss, etc. Then, all of the sudden, it gets more upbeat and the movie shifts into a third gear, where it almost feels like a comedy, but without any laughs. And towards the end, it turns into “romantic” drama of sorts…? But neither of those genres I’ve just named describe this movie correctly. It’s been a while since I have seen a movie that’s simple to describe narrative wise, but hard to describe genre wise, as it shifts between couple of them fluently. And the word “fluently” is the important one in that sentence, as plenty of smaller indie films do this, but not successfully and as a result, the films can feel all over the place. But this film never felt like that. Everything felt natural, every shift that happened felt earned, every decision one of our main characters made felt in line with the story and their character.

As you can tell, it’s quite hard to describe this movie, so I will tell you this – if you don’t mind indie movies, that move at their own pace and you (like me) admire Denis Villeneuve, give August 32nd on Earth a shot, because the chance is, you might enjoy it. It’s not something that will change your life, but at the same time, it is a movie that gets to you in a weird, subtle way and you will think about it for a bit (or at least, that’s what happened to me). For a debut, not bad at all.