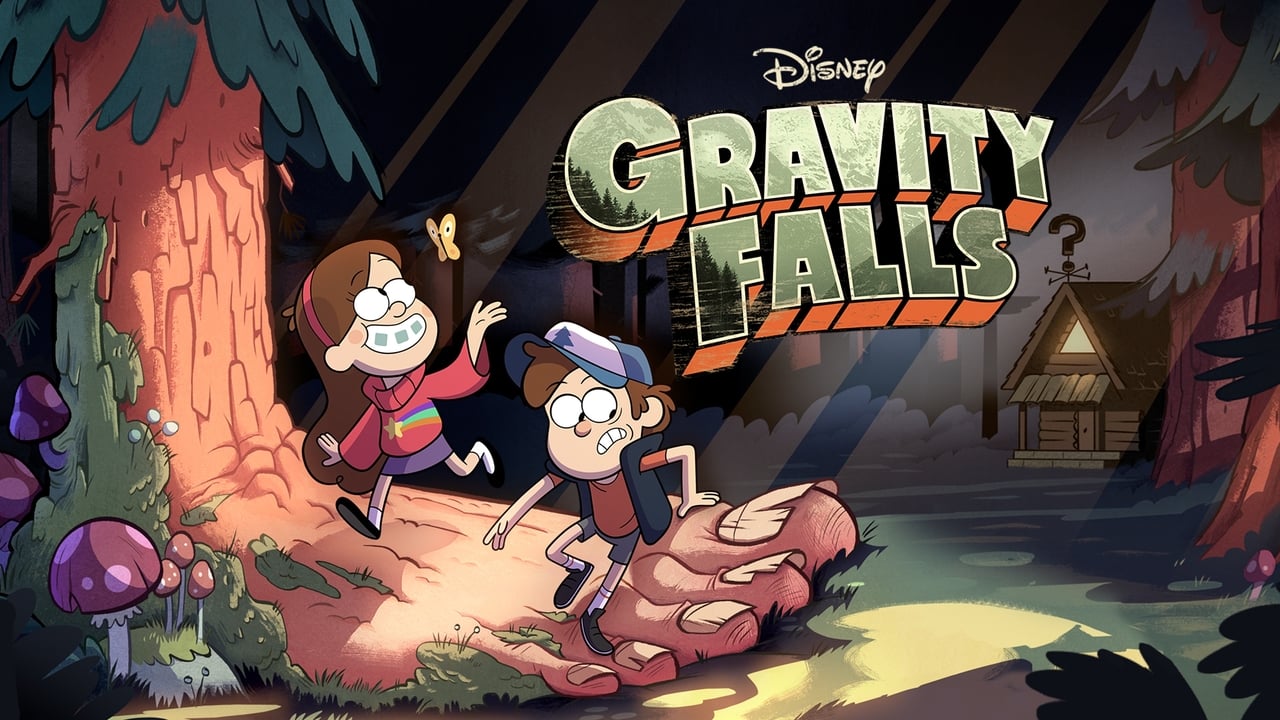 It is becoming rare to see a TV show that was clearly planned, with a care for details, characters and most importantly, clearly set beginning and end. I had my doubts about Gravity Falls as the first season was great, don’t get me wrong, but it was more focused on the comedy element than the story/mystery. But what I didn’t realise at the time was how clever that move was as the first season was where we got to meet and understand all our main characters, and then season two kicked in with the mystery element and tied everything together. And I loved it.

If you know nothing about this show, it might seem just like this crazy, colourful show aimed exclusively at kids, especially after watching the first couple of episodes. The animation style is colourful; the style of humour is very silly, and there is little evidence suggesting it will evolve into anything “bigger” than that. And that is where you would be wrong.

The basic premise is simple – twin siblings (Mable and Dipper) come to spend a summer in Gravity Falls with their great-uncle Stan (whom they call “gruncle”). This little town seems boring at first, but soon they will discover it is anything but boring, with many secrets, mythical creatures and many more things just waiting to be discovered within its borders. And the show slowly starts to unwrap more mysteries; we get to learn about its past and possibly even travel through time and space…? Yep, this show has it all.

And yet, it never felt “too much”. The first thing I must complement Gravity Falls is no matter what is happening on the screen, somehow, it consistently feels contained, and almost nothing is just a throwaway line or character. Pretty much everything comes back at some point, whether it’s a detail in the background of a future episode; or quite an important thing that the creator Alex Hirsch managed to set up to pay off later on. And the level of attention to detail is insane. I have only watched this for the first time, but I can easily imagine it will only get better and better with each rewatch as this show is crammed full of mysteries, puzzles, coded messages and easter eggs. The best part about those details, easter eggs etc., is simple – they are there for the “enhanced enjoyment”. What it means is even if you don’t catch most of those details, you will still have a great time with the show because those details are almost a reward for rewatching or paying close attention to what is happening in every given scene. If you miss a detail or two, you won’t get lost. And if you don’t, you will feel much better about yourself. 🙂

As with any animated show, the voice casting needs to be on point. Luckily, this show nailed from the get-go. Everybody fits their character so perfectly, from Jason Ritter to Linda Cardellini, but there is one person who stands out. And she shouldn’t because I already have her voice associated with another iconic character, yet, that fact never bothered me. Yes, I am talking about the one and only Kristen Schaal. The more I think about it, the less sense it makes. She has such a unique, unforgettable voice; I think of her as Louise Belcher from Bob’s Burgers (2011 – ?, my review here), so there is no way her voice wouldn’t be too distracting for me to differentiate Louise and her character Mabel here, right? But she proved me wrong, and I am so glad. One can argue Mabel is the complete opposite of Louise because Mabel is always a cheery and “glass half full” person. But Louise is more sarcastic and down-to-earth. And Kristen proves why she is a voice-acting legend (at least in my eyes, but I am sure I am not the only person who thinks that) as she takes that unique voice of hers and uses it to her advantage. Seriously in a show full of great voice actors, she managed to stand out. And it might be due to her performance alone; Mabel was my favourite character in Gravity Falls.

But the main thing that swayed me and convinced me of this show’s uniqueness wasn’t all those details or the fantastical story full of mysteries. It was the clear vision from the very beginning; it was how no matter what was happening, the creator (and therefore the show) never forgot our main protagonists are kids, and this will end one day, no matter what happens. Throughout the show, it’s mentioned often the kids are only staying for the summer, and they have to go back home, but somehow it never felt “real” until it happened. And that moment transports you to your childhood where you used to have the whole summer for yourself, planning on what to do, day to day, living your best life, knowing very well that summer will have to come to an end at some point and you would go back to school. Gravity Falls managed to somehow, in between all these riddles, puzzles, mysteries and bigger-than-life threats, stay grounded. So that final episode still hits you and possibly transports you to when life was simpler; when you were younger, had little to no responsibilities and your biggest worry was: “What should I do tomorrow?” I believe that element of containment is what will persuade me sooner or later to rewatch it. Not only there is a great story in these two seasons, a bunch of mysteries and many likeable and funny characters, but at the heart of the show, it’s all about the twins and their bond. It’s about one summer with a clear beginning, middle and end. And many twist and turns in between.

Overall, Gravity Falls is an excellent TV show that awards you for watching. The first season might be slightly lighter on the overall mystery, but don’t be fooled into thinking there isn’t one cohesive story. Also, this show has family at its heart, and it knew exactly, what it wanted to do, say, and when and how to finish. And since it’s “only” 40 episodes (each episode being around 20 minutes), I would imagine that would make it an excellent show to rewatch, where you catch more things each time you watch it. And, of course, Kristen Schaal is a genius.