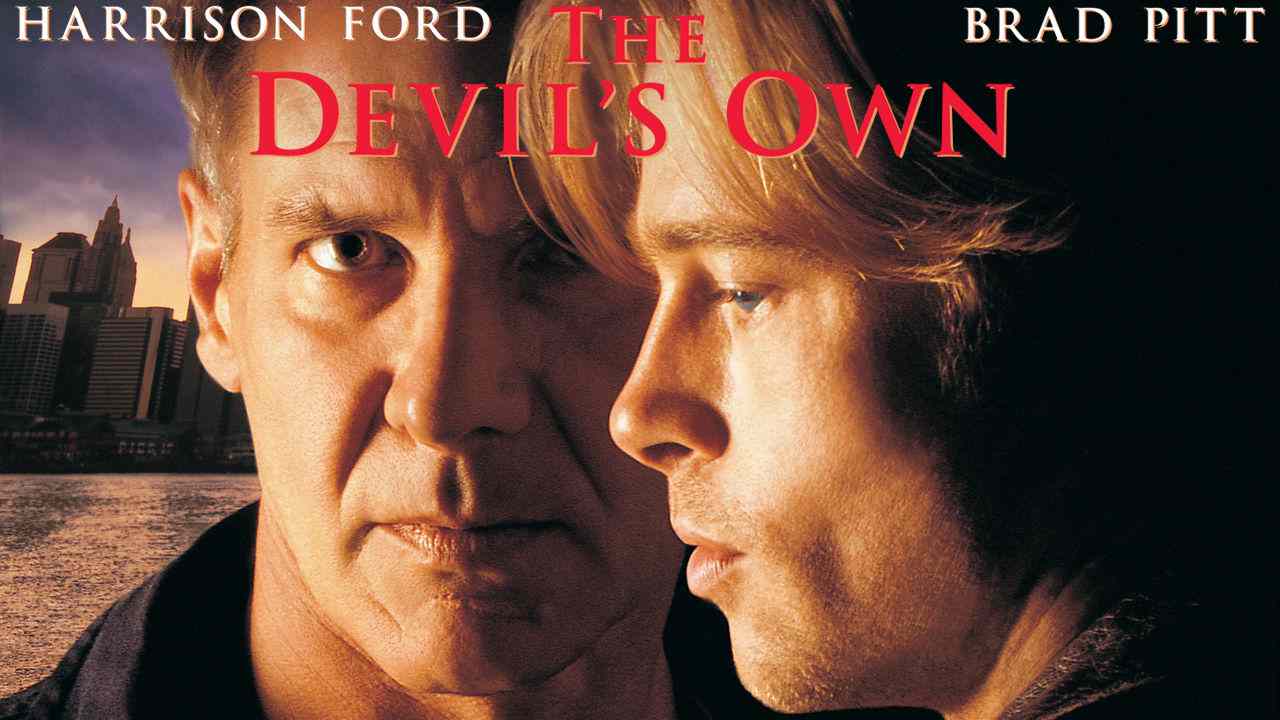 The Devil’s Own is your typical “story of two movies”. The first half is really great, because it’s full of promise, it’s almost all setup for something big to come. For a great finale, for a great “punchline” almost. And it just never comes. Or, what comes is the bare minimum you’d expect to come…? I thought from someone like Alan J. Pakula (for whom this was his last movie he directed) I just expected more.

The main issue I had with this film, it is very much of its time, which I don’t necessarily mind that much, but I do mind when that gets into its own way. Let me explain – the main issue here is Brad Pitt is playing IRA terrorist, and you can kind of put together what he is/stands for from the movie, but I don’t think it was enough. You don’t really get any information about the history/context about Ireland and Northern Ireland, or IRA, just are just kind of thrown in the middle of everything, because I would imagine in 1997, most people knew enough about that conflict, so maybe the people behind this movie didn’t feel the need to explain too much (after all, we all know what’s happening, right?) But then, movies should work on its own. They should provide you enough knowledge so you can enjoy it, even let’s say 20 something years in the future, rather than say “oh, you don’t know about this? Well, you should really go to the library more often…”

I was expecting some big monologue from Pitt’s character, where he would sum up the situation, why is he fighting, how it’s more nuanced, than what the average American would know, and once we got to that scene… I just felt like the movie gave us the bare minimum, where his entire thing was triggered with his dad’s death (which is not a spoiler, but the very first scene we see in the movie). And for a character motivation, that is fair enough. But if your main story is about how this war doesn’t have any winners, just losers and how it’s more complex, you really should show us the complexity/nuance.

What I liked was the feel of this movie, that almost 70’s raw-ish perspective on things (not just with Pitt’s character, but with Harrison Ford‘s cop character too) so I really enjoyed that. Almost like Pakula captured the decade he shined in the most and managed to bring it to the 90’s. Speaking of Harrison, I did enjoy his performance, the “cop who never stepped over the line” kind of guy, always honest and honourable, that kind of character always suits him. When comes to Pitt’s performance, let’s just say the Irish accent was… ehm… interesting…? I mean, there are definitely much worse UK based accents in American movies, and Pitt at least tried, but just saying “Aye” a lot, doesn’t make you Irish.

As I wrote prior, for the first half of this movie you are intrigued, as plenty of things are setting up nicely and you can’t wait how things turn out. And then, it’s dragging along, and the movie loses momentum in its second half, where the ending should affect/shock you more, but at that point, you are really bored, to the point where you don’t even care anymore. Which is a shame, because you can tell this has been done by somebody, who understands the craft. But, as one of the golden rules of Hollywood says, it’s not about how you start, but how you finish…

Overall, The Devil’s Own is a movie full of promise, but not enough payoffs. If you happen to know more about the Ireland x Northern Ireland situation and IRA, you might enjoy this movie more than your average movie goer (I know a few things, but I still could use a lecture or two, so I wouldn’t mind if the movie at least tried to give me more context) if you know nothing about it, you just need to be satisfied with the fact, that Brad’s character is one of those “good bad terrorists” as that’s all you are given by the movie. And yeah, people in Ireland say “Aye” a lot, did you know that?