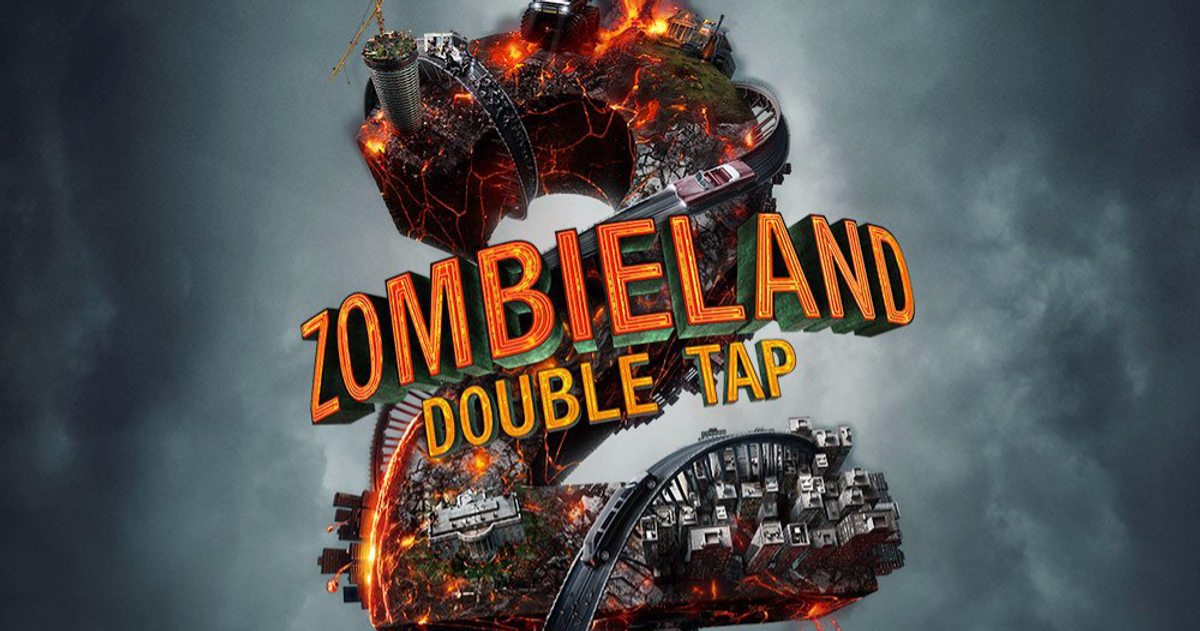 I need to admit something – unlike plenty of people, I have only seen the original Zombieland (2009) once and that was the year it came out. For me, it was enjoyable movie, which I remember fondly (even though I wonder how it would play for me today) but I wasn’t really craving “seconds”, never thought this film should have had a sequel. But I am not a Hollywood producer, who were trying to make something happen ever since the first one came out, but didn’t have the script ready, or the main actors weren’t available. But finally, it happened and 10 years later, the result is… meh.

Zombieland: Double Tap is one of those sequels that definitely counts on you going in and LOVING the original. And that means you want to see plenty of the original movie to be referenced here, right? No, you don’t want that? Would you rather have meaningful story line that makes sense within that world and characters who have some growth? Well, then look way further than this movie, because this ain’t it, chief. I am not saying Zombieland: Double Tap is a horrible movie, not by any means. It’s just fairly repetitive, all the beats seemed really familiar (and I need to mention this again, I’ve only seen the first movie once, 10 years ago!) and most of the jokes were predictable. That was the case until Madison (character played by Zoey Deutch) showed up.

I don’t know how they’ve managed to do it, or whether there is just something about Zoey, but she was THE standout performance of this movie. Which is strange, as her character of super-dumb, yet friendly (really friendly) blond girl is nothing new and most of the time is actually really annoying character addition. But she reacts to everything with such a sincerity and all her line readings always landed where they had to, it’s almost impossible not to laugh at almost everything she says. I am not even overstating anything when I say I only laughed at her jokes. They also were smart about her character not becoming the annoying one, so they’ve done something, that I appreciated. Since it’s a new a movie, I won’t say anything more, but that definitely was a smart decision and played well.

This movie also wastes perfectly fine Rosario Dawson (because Woody Harrelson definitely needed that love interest) and Thomas Middleditch, so that’s not helped to make this film’s case. What did help was the runtime, as it never feels boring, there is always something happening and as far as the comedy sequels made long after their first films, this one is not that bad. But it doesn’t stand on its own. And the world of zombies should give you plenty of choices on how to spin a sequel into something not as predictable.

If it wasn’t for Zoey Deutch, actress who I am going to follow with more interest from now on, my final score would’ve been a bit lower, and I would be forced to write something along the lines “there is no one scene or character that’s memorable”. Luckily, she’s here, so there is a reason for you to watch this and who knows? Maybe you’ll enjoy it much better than I have. Just get ready for plenty of the same where at the end, not much has changed.