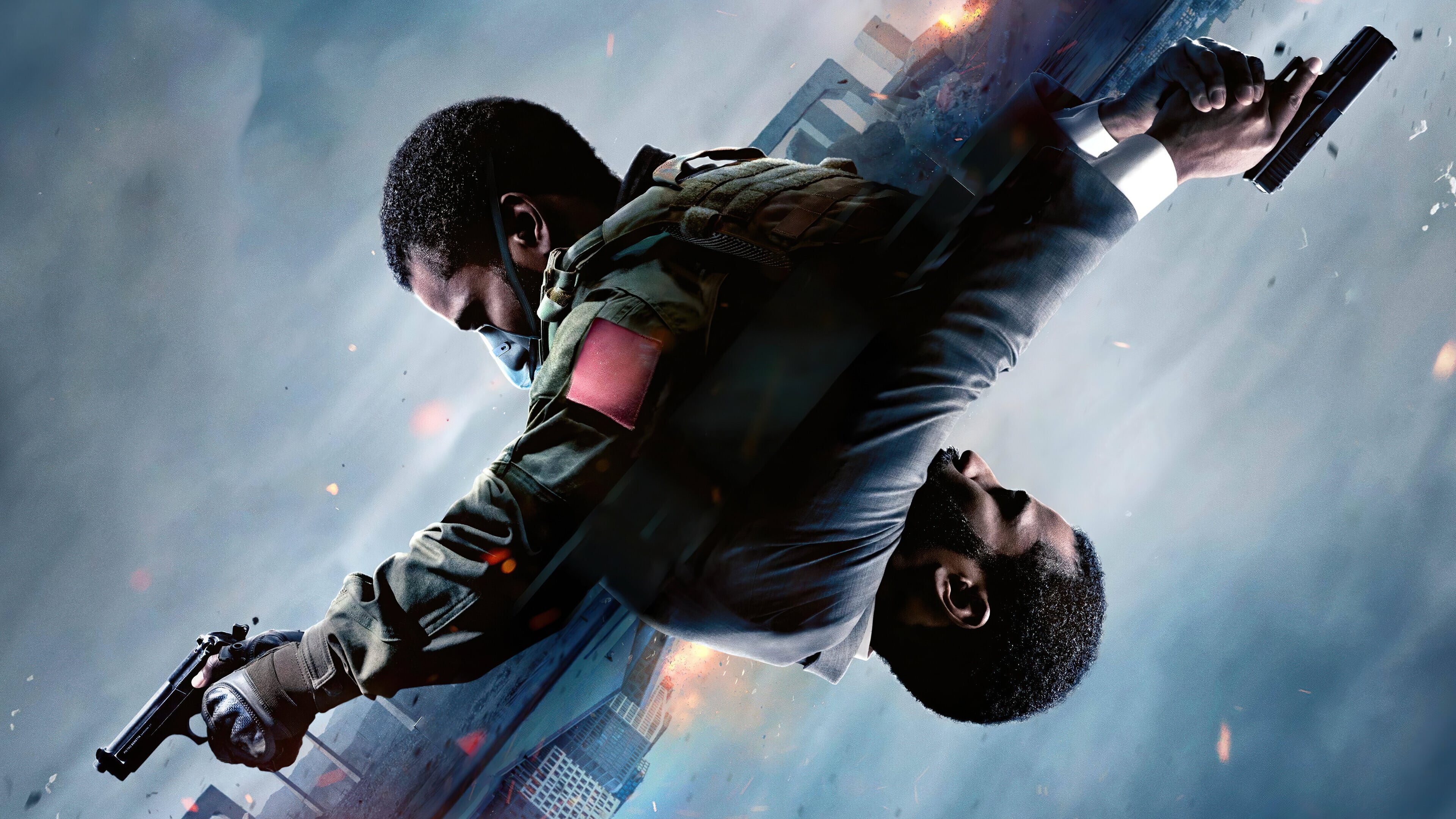 I don’t even know where to start with this movie. You can tell ever since around 2014, Christopher Nolan really decided to go all out and experiment with… well, everything. His movies were always high-concept, but each new one tops the previous one, and Tenet is his current peak. It’s as conceptual as it gets, as you either are on board with not understanding plenty of things about this movie and having to re-watch it a few times, or not. I am still in the first camp, where I admire what he’s doing, even though I would appreciate understanding some of it… It also makes me wonder what his next film will be like.

It’s really hard to rate this movie, or even meaningfully talk about it, as I am sure I have missed so much, or that plenty of things will be much clearer next time I watch it. I do understand where people, who really don’t like this movie, are coming from, as it’s definitely a challenging film, that not only demands your full attention, but it also needs you to re-watch it a few times before everything (hopefully?) falls into place properly. And this is what I admire about Nolan, he knows he can shoot movies. He knows his strengths. He could be making perfectly understandable, great movies, that wouldn’t challenge you or force you to spend the next 2 hours of your life on google/youtube watching/reading everything about it, trying to piece everything together, but it’s almost like he’d ask himself: “but what is the point?” He’s making everything harder for the audience, but what plenty of people are missing is the fact, that he’s also making it harder for himself.

I honestly don’t think he’s being snobby about his films, or that he would want to “eliminate” some of his fans/audience. To me, he strikes me like that kind of guy, who can’t stay put. He needs a challenge, he needs to learn new things on day-to-day basis. But since he already operates on much higher frequency than most of us, his challenges are not the same ones as ours would be. He wants to challenge our norms, how movies are made, told, he loves to play around with time (think about it, more often than not his movies are all about time being relative and how that affects the story) and since he’s already mastered the art of making movies, he wants to improve upon it.

For what it’s worth, I really enjoyed Tenet, even though I am not sure… no, I am sure that I didn’t get everything. I really enjoyed the action sequences, especially the highway chase scene and the ending. I really liked how John David Washington is handling himself in this movie and proving to everyone he’s not just Denzel‘s son, but he is a great actor in his own right, who isn’t afraid to do some action too. I loved Elizabeth Debicki‘s performance and how they didn’t try to make her look smaller. What I mean by that – she’s a really tall woman, and usually, if your male actors are not as tall, plenty of movies employ bunch of tricks (shooting at different distance, angles, or the tall woman sitting a lot of times) to make the actress look shorter. But in Tenet, she’s hovering above everyone. It’s mainly noticeable in her scenes with Kenneth Branagh, who’s not short by any means (177 cm) but can’t compare to Elizabeth (190 cm). Throughout the entire movie, I found their scenes fascinating and I couldn’t put my finger on what it was, until I’ve listened to the SinCast podcast about Tenet, where they were talking about it and I’ve realised, that yeah, they are right. You can also argue that her performance is the most memorable, as to me, she was given a lot to work with and she nailed it. Especially her scenes against Kenneth, who was dancing on a really fine line between being great villain and Russian caricature (at times, he might have crossed that line) were great, as we can see everything her character’s been dealing with, living with him.

I honestly can’t wait to watch this movie couple of times more, not just to wrap (or try to) my head around the concept, but because I really enjoyed myself. The movie is almost 2 and half hours long, but yet again with Nolan, you don’t really feel that, as you are just so into everything that’s happening, you won’t even notice. The movie never dragged on for me, I never got bored. And maybe, that’s the hidden brilliance of Nolan’s movies – just confuse your viewers and that way, they won’t complain about the movies being too long…?

Overall, Tenet is something, that I feel will be more appreciated over time, than now. I can see this being one of those movies, that 20 years from now, we will be reading articles about containing lines like “it wasn’t as highly received as his other movies when it was released, but now it’s a cult classic, and considered among his best work”. Honestly, that wouldn’t have surprised me, as I know I’ve said it a lot throughout this review, this film requires multiple viewings. That’s the only thing that’s preventing me from rating this even higher, I want to see whether this movie improves or not upon multiple viewings. Knowing Nolan, it probably will.