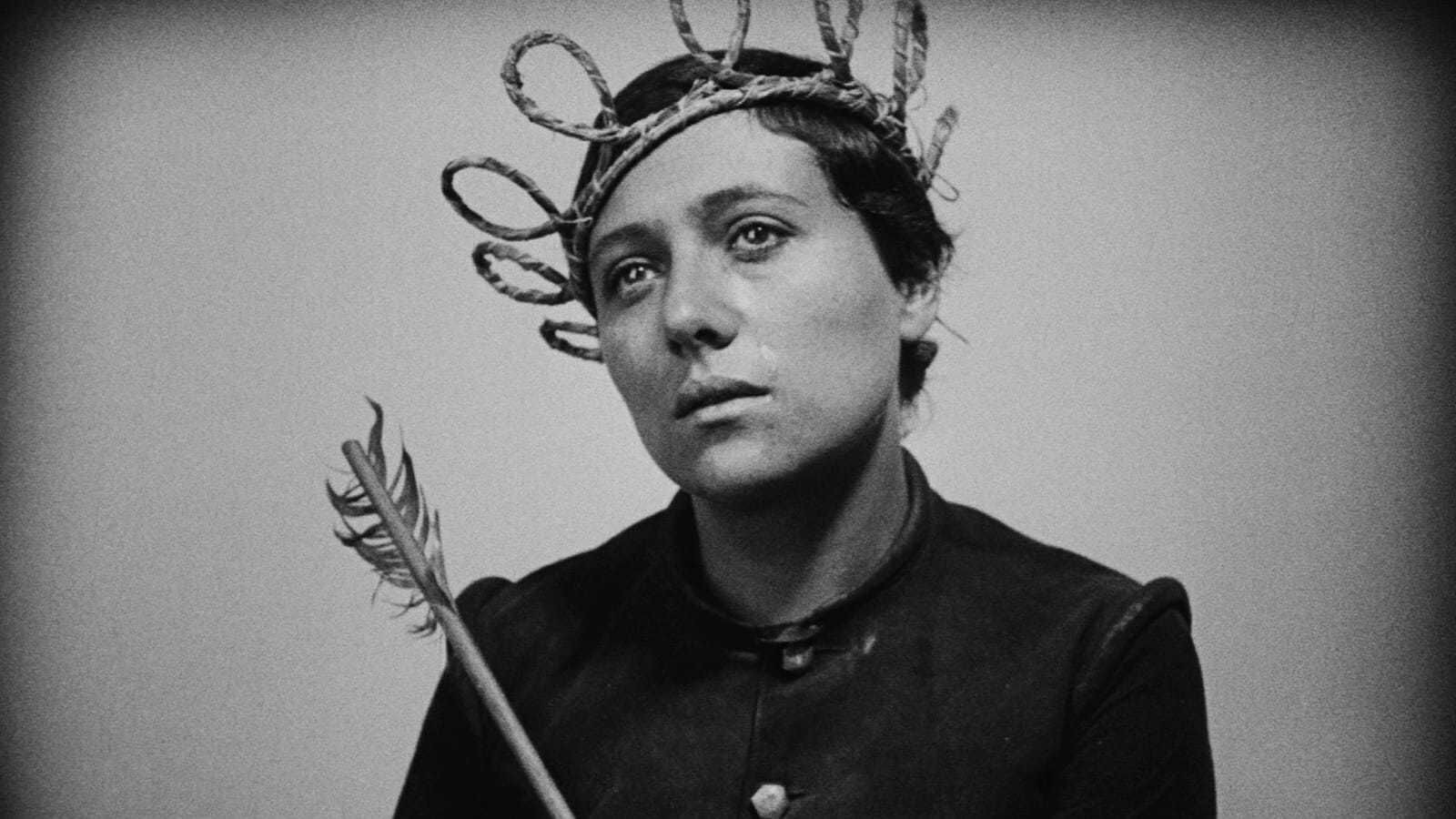 Ever since I got more serious about movies, when I started to “track” the TOP movies of all time, read about the most influential movies from the years long gone, The Passion of Joan of Arc was a title that came up a lot. Many called it one of the most influential movies of all time, others said it’s still as powerful today as it was back in 1928… long story short, I have heard a lot about this movie. And finally, I managed to watch it.

This film is definitely powerful. There is something about this being silent film, where it just works better without any dialogue, just the overpowering music score and great camera work. That is all you need to make an impact. That and of course, powerful story, and what other story could be more powerful than a woman being prosecuted and burned to death (I really hope nobody considers this a spoiler, for historical reasons) for something she believes in greatly. That’s another aspect of why this movie is cherished and has been ever since it’s been made, the stunning imagery between Joan and everybody else, where she is the only woman in this film (apart from maybe some other ones in a crowd scenes…?) and she goes up against these usually old men of power, where they try to get her to betray her faith, and she just does not. And eventually, when she does, she realises it’s wrong and chooses death (again, I would hope everybody is familiar with the historic story behind this movie).

The only thing I would say, which is the only reason I can’t give it higher marks, the movie drags on a bit. And to be honest, I don’t think I am judging this movie based on today’s standards. But I have watched other movies from that era (perfect example is Sunrise: A Song of Two Humans (1927), which was simply a perfect movie) and I can appreciate them in their own right. But I honestly felt that the length of The Passion of Joan of Arc is bit too much. Because at the end of the day, the story is simple enough, this could really be 20 minute shorter, if you really wanted. All I am saying is sometimes, even though I was admiring the movie, I found myself a bit bored, and that should definitely not be the case, mainly when comes to a movie about this subject.

But other than that, there is nothing I could say against this film. The Passion of Joan of Arc is still a relevant, chilling and overall impactful piece of cinema, that definitely has its place in history. It’s unbelievable how much were the actors able to get across without any dialogue, without any words, just some good old fashioned text on the black background, powerful piece of music, brilliant camera work and great acting.

Overall, I think your enjoyment of this film heavily corelates with how much you care about influential pieces of cinematic history. If you are a casual movie fan, who doesn’t really care for silent movies, you might want to skip this one. If, however, you would consider yourself a cinephile (like me) and love to explore movies from any film decade to see how films were made almost 100 years ago, The Passion of Joan of Arc would be the movie for you. The only thing going against it is the pace of this movie is slightly uneven at times, but the last images from this film will stay with you.